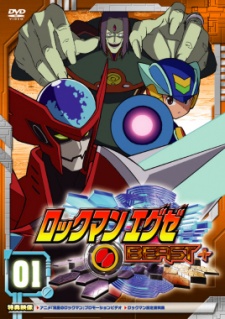 Beast+ continues from where Beast left off, though it is marketed as a stand-alone series. Episodes are reduced to approximately ten minutes in length, airing in the thirty minute time-slot Oha Coliseum alongside the Saru Getchu anime. Beast+ consists of a string of arcs beginning with the appearance of the Professor and Zero (both from Mega Man Network Transmission).