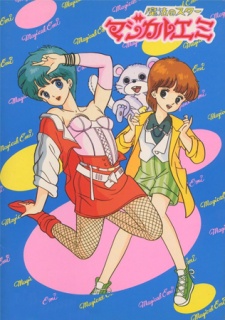 Kozuki Mai is an elementary student who wants to be a magician and perform in her family's "Magicarat" magical act; however, she is too young, and her magic skills are not very good. Then one day, she encounters a ball of light that was put into a stuffed doll of flying squirrel, bringing it to life and somehow giving her the power to turn in to the 18-year-old magician "Magical Emi." As Emi, Mai was able to join the magic act. But she must keep her identity a secret from her family and from her crush.